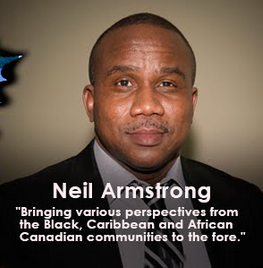 The federal government has reaffirmed its commitment to the spirit of the International Decade for People of African Descent by including it in the mandate letters of some ministers.

Prime Minister Justin Trudeau has instructed Ahmed Hussen, Minister of Families, Children and Social Development, to support Bardish Chagger, Minister of Diversity and Inclusion and Youth, regarding this matter. 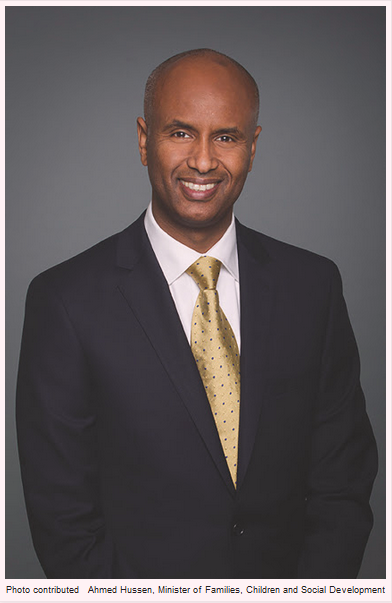 In the letter to Hussen, Trudeau instructed the minister to “support the Minister of Diversity and Inclusion and Youth on the delivery of cross-government programming in support of the United Nations International Decade for People of African Descent.”

He told Chagger to “work with ministers across government to build on the spirit of the United Nations International Decade for People of African Descent.”

The FBC says the mandate letters “place an even greater focus on Black communities, new investments in research, and support employment projects for visible minority newcomer women, work to develop policies that tackle systemic discrimination and unconscious bias in our country, including anti-Black racism.”

In January 2018, Trudeau announced that Canada officially recognized the United Nations International Decade for People of African Descent spanning from 2015 to 2024.

In recognition of this, Budget 2019 provided $25 million over five years starting in 2019-20, for projects and capital assistance “to celebrate, share knowledge and build capacity in Canada’s vibrant Black Canadian communities.”

The establishment of a Canadian Institute for People of African Descent and dedicated funding for projects in Black communities across the country will support this commitment by advancing initiatives to address issues that affect Black communities, says Employment and Social Development Canada (ESDC).

Regarding cross-government programming to recognize the decade, it noted that Budget 2018 committed $9 million over three years to the Department of Canadian Heritage to enhance local community supports for Black Canadian youth and $10 million over five years to the Public Health Agency of Canada to develop research in support of more culturally focused mental health programs in Black Canadian communities, for a total of $19 million.

More recently, Budget 2019 announced $45 million over three years, beginning in 2019-20, for Building a Foundation for Change: Canada’s Anti-Racism Strategy 2019–2022, which will aim to counter racism in its various forms, with a strong focus on community-based projects.

The Strategy, through its open-call grants and contributions funding, is equally able to support activities undertaken by eligible recipients in furtherance of the UN-proclaimed decade.

On August 27, 2019, the government announced that it would support stakeholders to create the first national institute for Black Canadians.

The Canadian Institute for People of African Descent (CIPAD) will work to advance initiatives that impact Black Canadians at a systemic level.

This supports the Government of Canada’s overarching goals to enhance the quality of life and promote the full participation of individuals in all aspects of Canadian society, says ESDC.

In addition to supporting the institute, the government is expecting to implement an intermediary approach for funding projects in Black communities across the country.

Under this model, high-capacity organizations would be identified as intermediaries who would in turn provide funding to grassroots organizations. These projects will aim to build the capacity of not-for-profit organizations serving Black communities across Canada.

“This will be a more efficient way to use Black Canadian communities’ expertise, and fund projects that correspond to their specific circumstances. The government is on track to flow funds within this calendar year,” says ESDC.

$348,000 has been committed to Caribbean African Canadian (CAFCAN) Social Services to lead initial work towards developing the CIPAD. This project runs from October 2019 to July 2020. 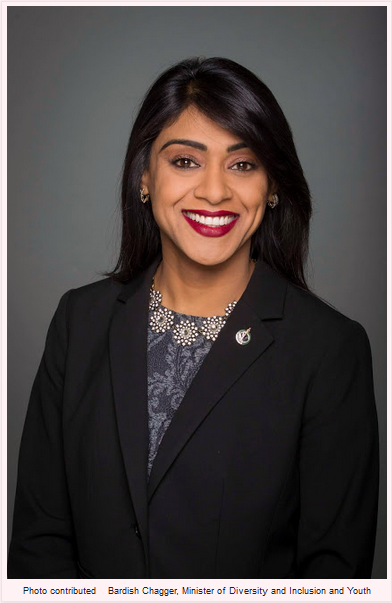 Since 2017, the National Black Canadians Summit has served as a major meeting point for people of African descent living in Canada, to share their experience, raise awareness about major challenges they face and to open a national conversation on ways to enhance social cohesion, as well as promote an inclusive, equitable and sustainable development for all Canadians.

In light of the international decade, the organization aims “to create a roadmap for communities, the public sector and the private sector to advance concrete solutions to the needs and challenges faced by Black Communities across Canada.”

The mission is to collect experience-based data and tangible recommendations in order to continue to inform the “Canadian Strategic Action Plan for the International Decade for People of African Descent: 2017-2024” which draws on the strengths of initiatives across the country, identifies gaps in existing programs, and prioritizes areas where government support needs to be strengthened.

The plan, called Count Us In, is in response to the decade, which the province proclaimed in May 2018, and is based on three pillars identified by the United Nations: recognition, justice and development.

Premier Stephen McNeil said the action plan promotes greater knowledge, understanding and respect while helping to eliminate the systemic barriers that still exist in the province.

The action plan will help government departments, organizations and the community work together to help address and eliminate the many challenges faced by African Nova Scotians.

Nova Scotia is the only jurisdiction in North America to create an action plan to support the International Decade for People of African Descent, notes a media release.

“We must acknowledge the injustices and inequalities in every community before we can begin to create meaningful change. Translating the knowledge into action gives us the opportunity to positively change going forward,” said Tony Ince, Minister of African Nova Scotian Affairs.
Ontario was the first province in Canada to formally recognize the decade in February 2017.
The City of Toronto officially did so on April 18, 2019.
The Government of Ontario provided the following when asked about plans it has to recognize the United Nations-proclaimed International Decade for People of African Descent, 2015-2024.
Initiatives and Programs Supporting Black Communities in Ontario

Through funding from the ARD, the Children’s Aid Society of Toronto (CAST) expanded its Anti-Black Racism Strategy (ABRS) in Spring 2018, with a focus on mitigating the harmful systemic inequities including Anti-Black Racism. The outcomes of this work are to improve institutional effectiveness in service provision and to provide culturally safe services for Black children, youth and their families. Similarly, the TDSB’s Anti-Black Racism (ABR) initiative began in Fall 2018 and is focused on Black Students Success and Excellence. This has involved working with 17 schools and conducting professional training on race and racism and building staff and students’ critical consciousness and a Pre-Kindergarten Summer Learning Program in 7 TDSB school sites.

These initiatives align with the following objectives of the ARD’s Anti-Black Racism Strategy:

Under the Ontario Black Youth Action Plan, the ministry is working with Black-led organizations that are best positioned to engage Black children, youth and families to increase access to a range of culturally-relevant skills development, mental health, mentorship and family supports. Supports to improve population outcomes, including access to post-secondary education must begin early.

o The funding supports boards to build their capacity to meet the growing needs and expectations of their increasingly diverse communities for evidence-based decision making. This project allows boards to construct the necessary structures and protocols to meet the legal, ethical and research standards for the collection, analysis and use of identity-based data.

Institutional Barriers to educational success (including racial discrimination and harassment).

o Funding supports boards/schools involved in this pilot project to critically review school boards’ discipline procedures and to ensure they do not disproportionately impact particular groups of students. Involves 14 schools (elementary and secondary) across 10 boards.

Groups of students include: Indigenous students, Black students, students from other ethno-racial groups.

o Funding supports educator training on the foundational principles of equity and human rights issues, setting high academic and behavioural expectations for all students, and unpacking biases to make school and classroom practices responsive to the diversity of students, parents and communities. Funding also supports 36 school boards to develop and implement projects that respond to their local equity needs.

Institutional Barriers to educational success (including racial discrimination and harassment)

o The Ministry of Education is working with eight school boards to pilot a program that will help determine if providing intensive, culturally-responsive support to Black students will help improve their academic achievement and well-being. $1.57M has been allocated in 2019-20 for these pilots. (program started September 2019)

Programs that peripherally but not specifically focus on Black students:

o The Ministry of Education is providing funding to school boards, through an application process, to supplement transportation services for children and youth in care when it is in their best interest to remain in their home school, as determined by school board and society representatives.
$6.6M has been allocated in 2019-20 for this program. There is an overrepresentation of Black children and youth in the child welfare system, we know for example that 42 percent of kids in care in CAS Toronto had at least one parent who is Black. (started 2017-18)

o The UPHS program supports students to overcome personal and academic challenges that hinder their learning, achievement and full participation in school, preparing them to become productive adults. Schools work with community partners to deliver initiatives aimed at promoting student engagement, academic achievement and safe and accepting learning environment for secondary school students experiencing challenges including low academic achievement, suspension and expulsion, conflict with the law, poverty and a lack of access to community resources in their neighbourhoods. In 2019/20, $10M has been allocated for UPHS to 40 high schools in 12 school boards.

o FOY provides summer employment opportunities for youth who may be facing disadvantages and barriers to academic achievement and employment. These opportunities contribute to increasing graduation rates and ensuring that youth have positive transitions to adulthood. FOY is open to youth in select low-income neighbourhoods who are disengaged from school as a result of their home or school environment, and may face low academic achievement, family conflict, and/or conflict with the law. The 2019 FOY Summer Program was funded at $7.6M in 24 participating school boards.

Posted by anglescovered at 17:21 Email ThisBlogThis!Share to TwitterShare to FacebookShare to Pinterest
No comments: